Sorry, WestJet. I’m not buying it.

Sorry, WestJet, I’m not buying it.

Your recent holiday-themed commercial may make some people feel all warm and fuzzy, but I can’t look past the shameless product placement and promotion of materialism.

In case you’ve avoided the internet this past week, here’s some background: WestJet set up an interactive video screen in an airport departure lounge, which allowed Calgary-bound 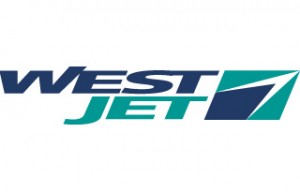 travelers to scan their boarding passes and speak to Santa directly, asking for gifts along the way. While those passengers were in the air, WestJet staffers in Calgary went wild buying up gifts. When the planes touched down, the requested gifts came rolling down the carousel. The video is a commercial for WestJet and its partners, Best Buy and the CrossIron Mills Mall, plain and simple.

From a marketing perspective, full props for creativity. You were able to evoke that raw emotion from people – enough to get them to share your message with their friends online unprovoked – and that’s the goal of any viral video. Well played. People have been reduced to tears watching families open their surprise gifts, from dolls to 50-inch TVs. These same people then happily share it on facebook and twitter and elsewhere, giving WestJet the thousands of impressions it was hoping for.

As a human being though, I’m more than a little bit concerned that ads such as this get so much play.

Since the advent of the internet, the line between art and advertising is increasingly blurred. Case in point, Will Ferrell’s character has infiltrated legitimate newscasts and curling events, further blending the line between reality and real life, and yet I’ve ate it up like everyone else. How do we separate fact from fiction though? It’s becoming nearly impossible to cut through the noise. We’re bombarded with messaging on the web, in our email inboxes and everywhere else in between.

Here’s my take home message: Don’t believe everything you read at first glance, even if Wikipedia verifies it (LOL). We’ve been taught to believe everything we read, because what was once published in a newspaper went through a rigorous editing process. That fact-checking process rarely exists anymore in this age of instant information. Any Joe Blow, myself included, can make S*&# up on the internet, and if it’s controversial or interesting, it can move up the chain and be sourced as fact in high profile blogs and eventually mainstream media.