I recently decided to send my spit to 23andMe, the personal genetics company that sells direct-to-consumer tests.

The test gave me information on everything from how much DNA I share with Neanderthal ancestors, to whether I’m likely to go bald before 40, to whether or not I might have certain genetic variations of common diseases.

The first report was my ancestry composition. As expected, I’m largely Irish/British with a little Scandinavian. My grandpa was Irish, grandma was Swedish. The French and German come from my mom’s side. Not sure what to attribute to the 0.1% South Asian – maybe a great, great uncle who got around? 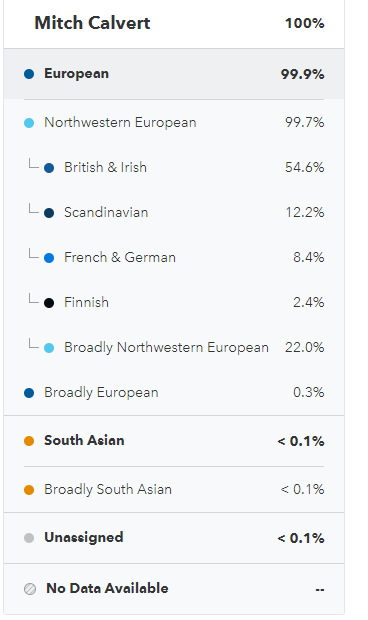 Next up was the estimated body weight test. According to my genes, I’m predisposed to weigh more than average, but not by a ton. Based on my chubby kid days, this is accurate.

I found out I’m predisposed to having “sprinter/power type” muscles because I have two copies of a muscle protein that’s been connected to Olympic sprinters. Was I born with this or did lifestyle (read: lifting weights) bring it on? Not sure. I was never very athletic growing up, so this was a bit surprising. I’m definitely more of a sprinter type than an endurance runner though.

This genetic marker in the ACTN3 gene controls whether muscle cells produce a protein(called alpha-actinin-3) that’s found in fast-twitch muscle fibers. While some people don’t produce this protein at all, almost all of the elite power athletes who have been studied have a genetic variant that allows them to produce the protein. Winning. 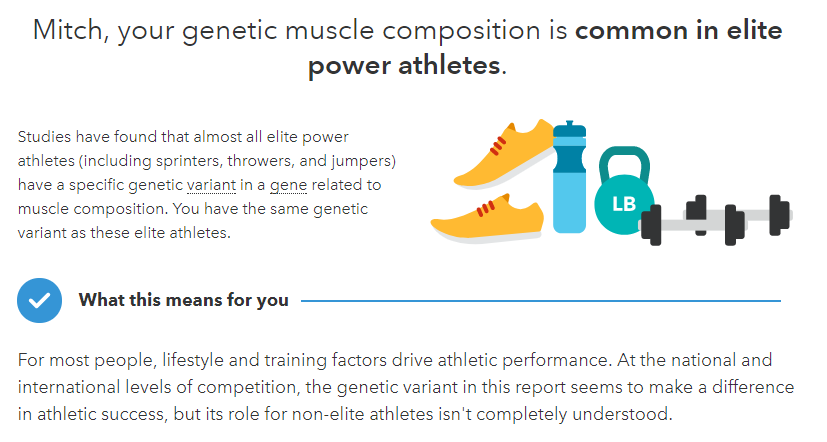 Another test that seemed accurate (thankfully): I’m unlikely to experience hair loss before age 40 nor end up with a bald spot. 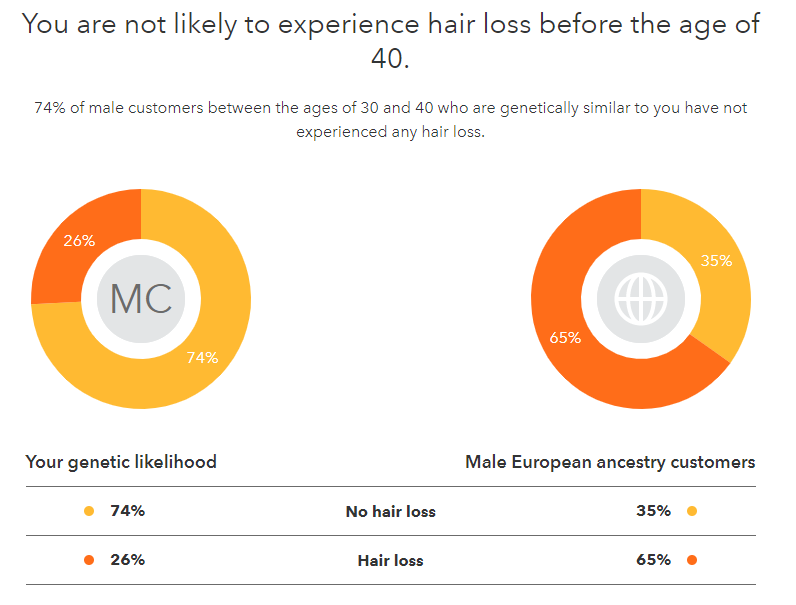 It was incredible to see all the different things the test could tell based on a sample of spit. The science of determining features based on a DNA sample is getting more advanced in recent years, but much of it is still limited. When it came to many of my results, though, pretty much everything the test showed me was spot-on.

I’m not likely to be a deep sleeper… or move much in my sleep… check. (I only get a small corner of our king size bed anyway)

I’m not likely to have a unibrow… check.

I’m not likely to have any back hair… check.

I’m not likely to have red hair… check. (Dodged that bullet!)

But other results surprised me, like the one saying I don’t flush drinking alcohol. Not true. I’ve always gotten red in the face after a few drinks. Again, some of it is based on statistical averages and not a perfect science.

I got to the most controversial part of the test at the end: the carrier-status test, which tells me if I carry a specific variant that I could pass down to my children and result in a genetic disease. 23andMe was very thorough in their presentation here, making it clear that these couldn’t be used to inform my own health. I tested negative for things like Parkinson’s, late-onset Alzeimer’s, Celiac disease etc.

However, I do carry a variant for cystic fibrosis.  People with one variant aren’t likely to get the disease, but if you and your partner are carriers, your child may have a 25% chance of having this condition.

The takeaway: At $249CDN a test, it’s a bit of a cost but super simple to do. They send you the kit, you spit in it and mail it back. I’ll definitely be encouraging friends and family to try it. It has some amazing data at your fingertips. You can order your kit online here: 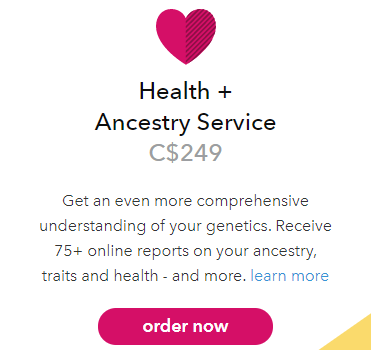