Fish is high in protein and low in saturated fats and contains a number of other healthful nutrients including vitamin D, selenium, and iodine. In particular, fish is the primary dietary source of omega 3 fatty acids, notably DHA and EPA, and unlike omega 3s found in plant sources (flax, hemp etc.), which are first absorbed as alpha-linolenic acid (ALA) and need to be converted to DHA and EPA (and the conversion rates are less than 5%. Source), fish oil is already readily available omega 3s. 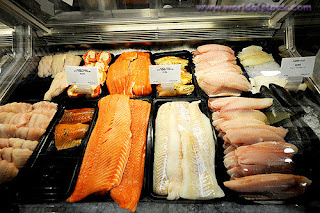 But consumption of some fish sources, even those available as packaged goodies at your grocery store, can be harmful. And the main cause of that harm? Mercury, which is a widespread contaminant found throughout the environment, and biomagnified in aquatic food webs, so the highest concentrations occur in large and long-lived predatory fish and marine mammals at the top trophic levels (NRC 2000). I.E. Shark and marlin. Other more regularly consumed alternatives, enjoyed by the general population, can cause toxicity if consumed with too much regularity. My cousin got up to 4 cans of tuna a day in his younger days, and eventually developed a rash on his body. He couldn’t rule out mercury toxicity, nor could his doctor, but for what it’s worth, reducing his tuna intake eventually cleared up the rash. So beware.